New Treatment Method for Weight Loss With Amazing Results:
Detoxify Your Body And Control Your Weight!

The Facial Reflex Weight Management Course offers an amazing method that is very easy to learn and achieves amazing results.

What Will You Learn In This Weight Management Course?
You will learn how to lose weight by daily self-treatment with Facial Reflex Therapy

Self- treat program is conducted 1-2 times daily (it takes no more than 10 min. to realize the program) or as often as the client has time.

This treatment also has a detoxing effect. The treatment has proven to be very effective.

Not only is there weight loss during the treatments, but it has been proven that clients also lose weight between treatments.

The clients do not have to follow a special diet for this treatment to be effective but eat relatively healthy in everyday life. 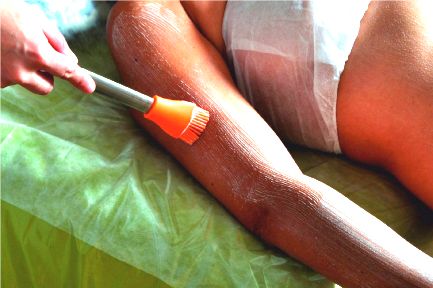 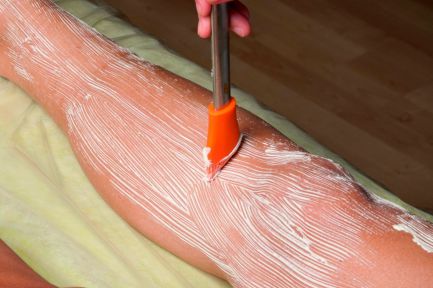 Being overweight or underweight

Being overweight or underweight has many causes such as improper diet, lack of exercise, illness, psychological problems, hormonal problems, etc. Whatever the cause, the body's chemical functions are involved and essential functions are out of balance.

Serotonin, dopamine and noradrenaline are neurotransmitters, which have many functions in the body. If these substances which the body produces itself are imbalanced, it can lead to many problems such as being over-or underweight.

Noradrenaline has an influence on nervous anorexia and is involved in the fight or flight response as well as stress, anger and aggression.

Dopamine affects the appetite, sensation of pleasure in eating and/or low blood sugar. Drugs such as cocaine and nicotine increase dopamine production. Dopamine is essential for the normal functioning of the central nervous system. A deficiency can also cause Parkinson's, muscle spasms, tremors and convulsions and involuntary movements.

Do you want to offer your clients yet another amazing treatment for their health?

If so, learn Lone Sorensen’s Reflex Therapy Weight Management method and how to get amazing results for customers with weight and body image issues and also improve their overall wellbeing! You will exactly know how to treat each client for their individual needs and state of being. 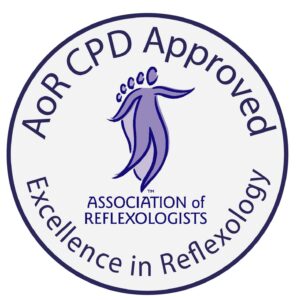 We support your goals

Be better equipped professionally making your intentions of helping people with reflexology a reality! With this tool, you will help your clients to excellent results with their health issues.

Apply for this course and turn your personal experiences into an incredible add-on to your career.

A Natural Way to Regulate The Body´s Chemistry

With Face Reflex Therapy Weight Management Course - it is possible to bring the body's chemistry in balance.

This method regulates the body's physical and chemical balance and is a completely natural and safe method of treatment - without the use of toxic drugs. It´s one of the techniques used with great results in the treatment of facial and neuro foot reflex therapy.

To choose the right points and zones, it is important that a person's health condition is analysed by a professional therapist who has deep insight into combining the 564 nerve points and zones specifically tailored for an individual's problem. Studying this course will give you insight into this ability and you will become a professional therapist helping people with their weight issues successfully.

This method consists of a system with 564 nerve points distributed on both sides of the face. Each point has a connection to organs, glands, muscles or chemical processes, etc. in our body. These points can be combined in countless ways and thereby can alleviate many different dysfunctions.

Sign Up For The REFLEX THERAPY
Weight Management Online Course

Please note: The Videos are purely visual, without audio explanation. You watch the treatments while reading up on the details in the manual.

Our course in find in the following languages

All of the course material will be available online on our membership site. You will receive access details via email.

*A diploma will be granted to you once you have successfully completed the test.

We value your feedback and welcome your questions and concern. Fill out the form below and one of our hyped-up connoisseurs will be in touch with you